Why on Earth Are You Pooping in a Bucket? 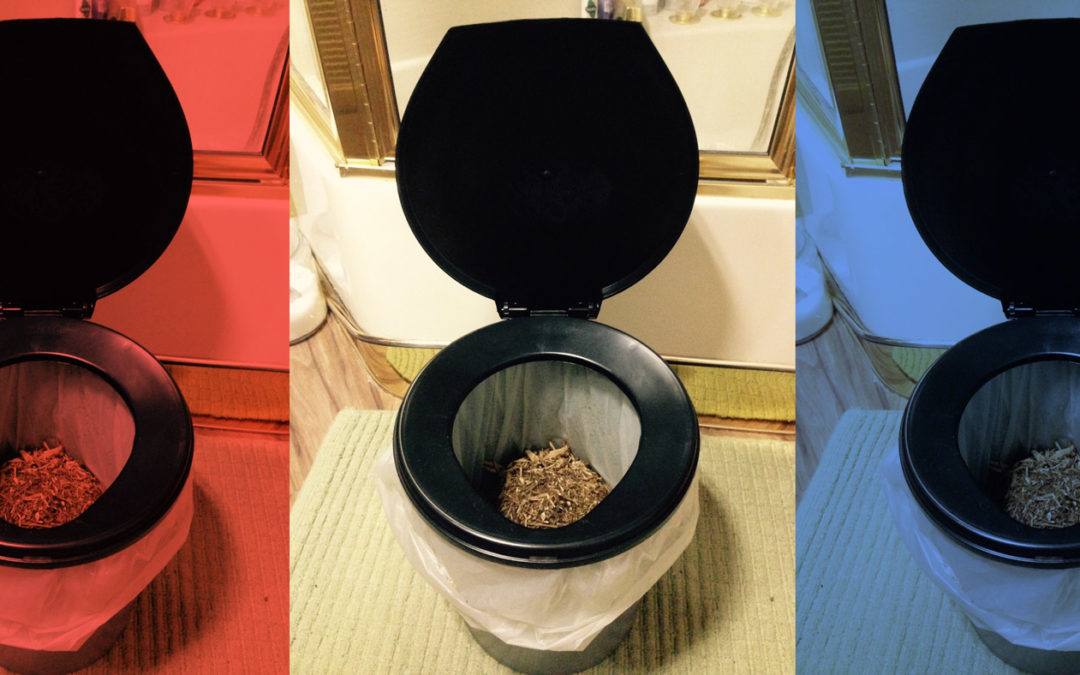 Today I did something novel: I took my first-ever shit in a bucket. And in doing so, I learned something interesting about myself, about an old fear I’d thought was gone for good.

But first I should start with addressing the elephant in the room, right? “Why on earth were you pooping in a bucket in the first place?”

Well, I’m visiting my daughter, Chelsey, and her partner, Pat, who have moved into a motor home. In the process of renovations, they decided to take out the conventional toilet – which had emptied into a tank beneath the motor home and would require regular maintenance (aka a really gross job) – and replace it with a sawdust toilet.

I had never even heard of a sawdust toilet, but apparently they are a real ‘thing’. It is a bucket with a lid seat made of plastic.

You start with a few handfuls of sawdust on the bottom, do your thing, and then cover it up with more sawdust, just like a cat. Unbelievably, it doesn’t smell like crap or kitty litter… it smells of walking in the woods on a crisp day.

The wood breaks down the feces or maybe the feces breaks down the wood… I’m uncertain of the science. But the gist is that the mixture is 100% biodegradable. It turns into dirt and can be composted or put back into the earth. It is totally cool and right up there with my desire for sustainable living.

Except There’s a Catch

Except there’s a catch: You can only do #2 in the bucket. #1 has to go somewhere else.

In Pat and Chelsey’s case, the pee goes into the tub. I guess in Nature the urine would soak into the ground and be absorbed, whereas in the bucket it just sits at the bottom in a puddle and mucks up the decomposition process. Who knew decomposing poop was such a delicate process?

At any rate, what it meant for me was that the process of relieving my bowels and bladder suddenly required way more attention than I’d ever before given it.

Here I was sitting on a plastic bucket in mid-shit when suddenly I felt the urge to urinate. Fears flooded my mind as I wavered between staying on the bucket and jumping for the shower.

‘If I piss in the bucket, what if I ruin the balance? What if it creates a terrible odor and it stinks up the whole motor home – Oh No! I’d better not risk it… But, if I accidently poop in the shower – ew! I’m going to make such a mess.’

The over-riding feeling swamping me was a fear of doing it wrong. I was just certain that whatever happened, I was going to do it wrong.

The Fear of Doing Something Wrong is an Old One

The fear of doing something wrong is an old one. It goes all the way back to the womb for me, when I felt guilty for causing my mother stress and unhappiness.

‘It must be my fault, I must have done something wrong’ was my daily mantra well into my 30s. I’ve spent the better part of fifteen years clearing the guilt, fear, shame, self-judgment and over-responsibility related to feeling guilty for being born. I’ve been doing so well with it lately that I really thought I’d conquered it for good.

What I realized today was that the dredges of it occasionally pop back up only when I go to try something new… like shitting in a bucket.

This Feeling of Doing it ‘Wrong’ is Just a Feeling

Here’s what I know about this feeling: this feeling of doing it ‘wrong’ is just a feeling; it doesn’t define me, and it’s not who I am.

This feeling comes from a small part of me, the youngest, most afraid to be vulnerable and frightened part of me. This feeling is not based in truth; it comes from an irrational idea that I bought into even before I was born, before I ever understood that I had the power to choose what story I wanted to believe.

And, even though I understand that it stems from an irrational idea – the idea that I’d done something wrong as a fetus to cause my mother pain – this feeling still needs to be heard.

This Part of Me Still Has Some Healing to do

The very fact that I’m still feeling this feeling, however infrequently, is a big indication that this part of me still has some healing to do.

Thankfully, I have lots of experience with loving up the parts of myself that are still stuck in the shadow, so I know it’s totally doable.

I sent some compassion to that little one, let her know she’s never done anything wrong, and tell her that it’s ok to be trying new things.

There’s Literally No Way to Blow It

Then I remind myself that as long as I’m learning from my mistakes, there’s literally no way to blow it.

I ended up deciding that I could do it. I quickly moved over to pee in the tub, then popped back on top of the bucket to finish the rest of my poop. Whew! Made it.

I sprinkled the bucket with sawdust with a feeling of accomplishment. My first experience of using the bucket toilet was a success. Now that I’ve done it once, I am confident that the second time will be a piece of cake… er… well, a piece of something!

Many Blessings of Joy, Laughter and Vibrant Freedom 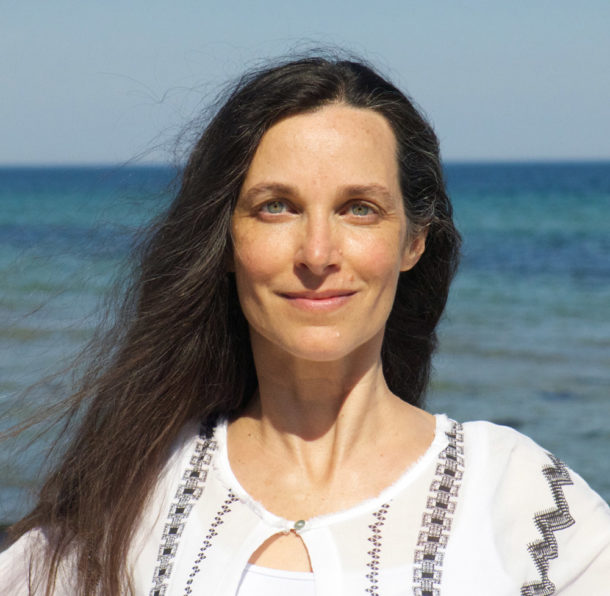